About 1912 Eastmoor got it's own entertainment when William Bagnall built the Coliseum on Stanley Road just across the road from where he lived. In 1933 sound was installed and the name was changed to the Star. Eastmoor residents had there own cinema until 1959 by then its name had changed to the Rex. Since then the building has been used as a Bingo Hall, Dance Hall and is now a billiard hall. A programme for March 1957 gives forthcoming attractions like "The King and I" and "Don't Knock the Rock" with Bill Haley. 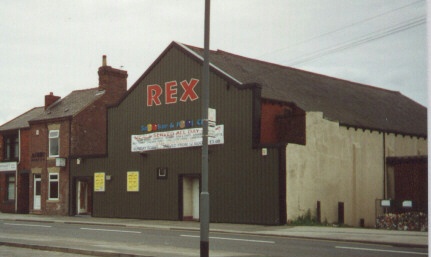