William Bagnall was a prominent builder of Eastmoor and was responsible for much of the property. He lived on Stanley Road for a period and when the Cathedral spire was repaired Mr Bagnall was asked to go up and make sure the repairs had been carried our correctly.
This photograph shows the Co-op on Stanley Road but the house on the extreme right was where William Bagnall lived for a period. The house front was altered just prior to the 39/45 War when Stanley V. Potter changed the bay window into a shop front for his electrical business. Although the Buildings are now pulled down the tree still stands which was in the garden of the house with bay window.
About 1912 Eastmoor got it's own entertainment when William Bagnall built the Coliseum on Stanley Road just across the road from where he lived. In 1933 sound was installed and the name was changed to the Star. Eastmoor residents had there own cinema until 1959 by then its name had changed to the Rex. Since then the building has been used as a Bingo Hall, Dance Hall and is now a billiard hall. A programme for March 1957 gives forthcoming attractions like "The king and I" and "Don't Knock the Rock" with Bill Haley.
Stanley Vere Potter was the son of the manager of the Empire Theatre in Kirkgate and trained as an electrician with the Tram Company. When he married Gladys Godwin they set up home at 108 Stanley Road. Stanley set up his own business building and selling radios and charging batteries. He converted the bay window into a shop front. The business had to close in 1939 when war broke out. Stanley, being a skilled electrician had to work repairing public transport. 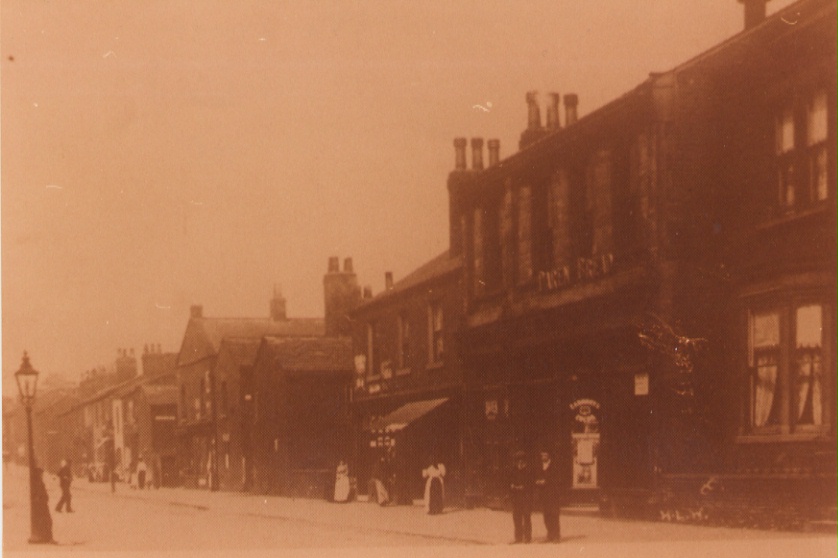